﻿Hello From Down Under!﻿ 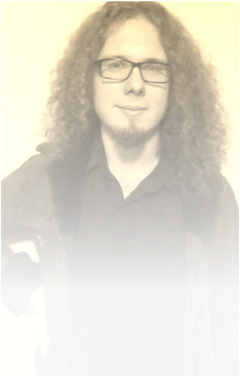 ﻿Benjamin Dempsey was born in Tasmania and grew up in the city of Tamworth, the country music capital of Australia. There, his parents ran a small white goods store. After graduating highschool he studied computer science at TAFE for a year before moving to Newcastle to attend University. He studied a bachelor of arts majoring in Creative Writing, while also taking classes on Psychology, Philosophy, Religion, Film Studies and Literature. When an opportunity to move to Sydney opened up, he took it with little hesitation and enrolled at the University of Sydney to continue his studies. However, financial reasons forced him to leave university before he could graduate. This did not deter him from finishing his first book, Draconian Symphony.

Benjamin is a ravenous consumer and creator of media, with a passion for speculative fiction. He primarily deals with themes of the occult, transhumanism, and mythology. Most days he runs on extra strength Ceylon tea, and he shares in the Australian appetite for alcohol. In his spare time, he also enjoys video games and the occasional rave.

You can keep up with Benjamin at the following links: 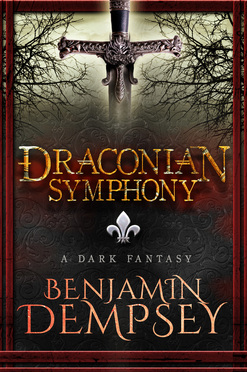 The Earth has been stagnating for a thousand years after the apocalypse failed to happen, and even the forces of Hell are losing their passion. Draco is a self-trained mage good for little else than starting fires and staying alive. After fending of an attack by the predatory demon Lascivus, he extracts from her a single debt, which he demands she repays by helping him track down his mother, a psychotic, abusive mage, so he can kill her. While he succeeds, it comes at a cost, and it is only thanks to the intervention of Lascivus that he avoids spending eternity trapped in a strange, featureless plane. He and the living-sword Drakkengard find themselves embroiled deeper and deeper in the Devil’s machinations. Gods, ambitious madmen, and beings from other worlds are all vying to take advantage of an unfulfilled prophecy and to end the millennia of stagnation at any cost.
books, literature, fiction, authors, writing, readers, kindle, paperbacks, nook, young adult, romance, mystery, suspense, thriller, new adult, fantasy, paranormal, action adventure, urban fantasy, science fiction, crime, horror, literature, chick-literature, spiritual, nonfiction