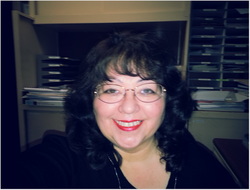 Jan has been playing on computers since before Bill Gates took his first bite from the Apple.  She can scribble shorthand and flash drive 100 WPM on a keyboard. To the befuddlement of her friends and family, she invented computer emoticons before they were named.  She can also juggle numbers (ask her husband, whose business taxes she files!).  She even has some accounting courses, economics, and computer classes under her belt from the University of Michigan.  She has worked as an Office Supervisor, Office Manager, Administrative Assistant, and Secretary; overseeing clerical staff, office operations, and staff training in computer technology, safety, and human resources for State officials, and an engineering firm. That's probably why she also has the patience of a saint.  She brings a wealth of knowledge and an ever-expanding skill set to the team at TT.  Jan officially retired in January 2020, however, is currently acting as Consulting Advisor until the complete transition to a new CFO or individual who will handle the financial affairs of Tell-Tale Publishing Group, LLC is completed.
books, literature, fiction, authors, writing, readers, kindle, paperbacks, nook, young adult, romance, mystery, suspense, thriller, new adult, fantasy, paranormal, action adventure, urban fantasy, science fiction, crime, horror, literature, chick-literature, spiritual, nonfiction