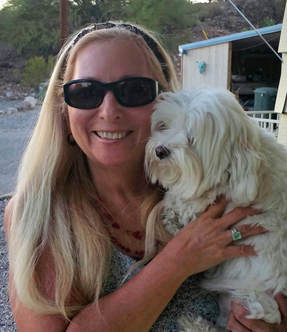 Since retiring from her “day” jobs, Elizabeth lives with her personal social media editor, Hudson (AKA Maltese), and husband, Kenton, (AKA Irish-Scotsman) at the foot of the beautiful Santa Catalina Mountain Range in AZ. She loves to sit on her patio sipping coffee (or wine) and reading or brainstorming plots and enjoys the grandeur of her mountain views.
​
These days, she divides her writing time between urban fantasy, horror, and nonfiction. Work on her Illuminati series continues, but she loves throwing out a horror short on occasion. She grew up with a love for Shakespeare, Chaucer, Poe, Dickens, the Bronte sisters and Koontz, so her taste is as eclectic as her range. That creative range reaches to art and sculpting, as well as learning to play the piano, now that she has time to pursue more interests she always loved. 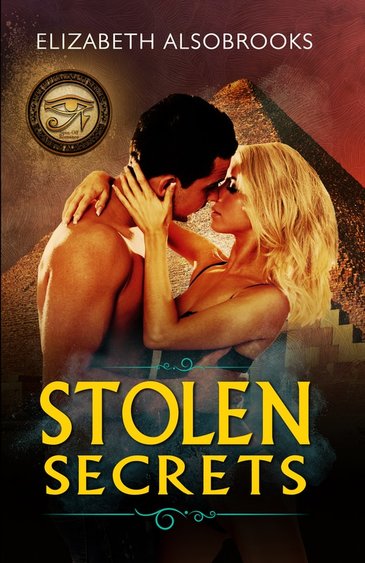 ​Offered an enormous sum by an anonymous benefactor for the acquisition of an ancient ceremonial relic, a sum that would keep the antiquities shop in Cairo her father left her afloat while she continued her own archaeological pursuits, Lady Isabella Valentine was distracted rather than tempted, then suspicious, when the dashing young Bedouin slipped in just before closing and promised her a deal she couldn’t refuse--for the very same relic. Despite his sensual appeal, she did refuse him, sending him away.

Prince Mukhtar, son of Sheikh Abdul Kummel al-Rahman, leader of the Hassana, is on a sacred Illuminati mission for Isis to retrieve something stolen from one of her temples over a thousand years ago. This mortal disbeliever though an enchanting English rose, however beautiful she might be, is clearly in the power of the Usurper and must be persuaded to help him, one way or another. But neither of them know of the evil power they are up against, or what hidden dangers await them in the tomb of the high priest. 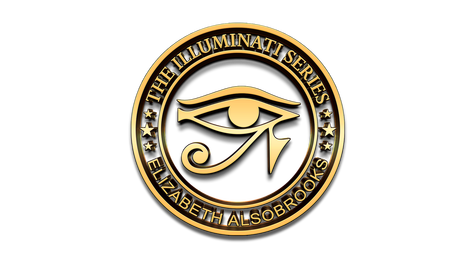 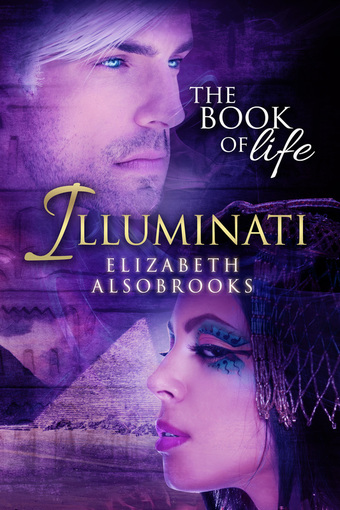 Ljluka Vargas, immortal prince and the cool-headed enforcer for the Vargas Dynasty, must go up against his most intriguing enemy, the mysterious Nalini. She intends to beat him to the secret archaeological site of The Book of Life which contains the genetic secrets of their ancient ancestors.

In order to escape the cruel domination of her family and gain freedom for her mother, Nalini assumes the role of assassin. In her rival, the sleek and deadly Luc, she finds a different kind of danger. She’s supposed to eliminate him, but that would foil destiny’s plan for them to be together. It’s a race from power-hungry D.C. cabinet rooms through the secret realms of the Vatican, from cloud forests and desert sands to the caverns of the Underworld as mankind hangs in the balance. For whoever possesses the Book of Life has the potential to rule the world, offering or denying immortality to the human race.

Praise for The Book of Life

"Strong, well-drawn characters walk a tight-rope of ancient legends and modern day intrigues, blending action a la Indiana Jones/Lara Croft with the lure of a Dan Brownesque mythology in a smart adventure/romance this talented debut author  categorizes as urban fantasy reinvented. Then add feuding family pathos packed with surprises. These folks could have their own reality show: Affairs of the Rich and Immortal! Alsobrooks leads the reader along a daring chase that leaves plenty of teasing openings for series expansion. My personal favorite - the eloquently fawning servant Hassidim. I need a Hassidim. I want a Hassidim. And then, of course, there's the hunky brother, Andrew . . . but that, I'm told, is another story. I'll be looking forward to it.
--Nancy Gideon, Award-Winning Author of the By Moonlight series… 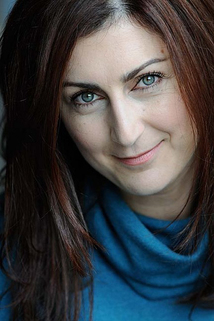 Ana Bayat Photo: Lisa Keating
Elizabeth enjoyed working with Ana Bayat on the audio version of The Book of Life. It should be available by the end of January! Elizabeth says, "A highly talented International actress, Ms Bayat is also a multiligual (fluent in Spanish, Persian, French & UK / US English), language coach.

She has used a soft Persian accent for The Book of Life, which breathes real life into the book's Immortal characters. The main characters spend the majority of their time in Egypt, Rome, and Peru, but their earthen roots hail from ancient Persia, which makes Ana's the perfect voice to tell their story."
​
Undaunted by the task of narrating a 110,000 word novel, Ana worked tirelessly on the audio, one chapter at a time. To see more of what Ana is up to, visit her website: http://www.anabayat.com ​

Listen to an Audio Sample! 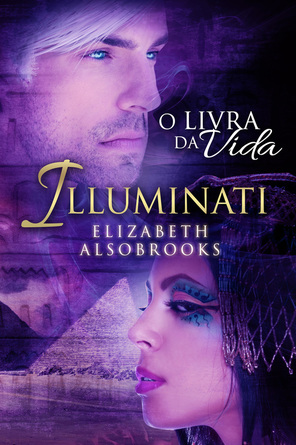 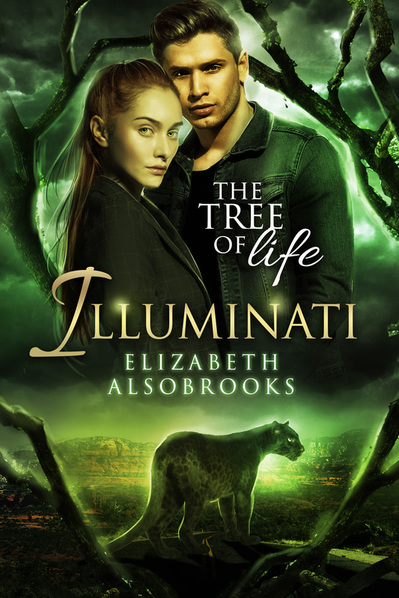 In book two, the Clans still struggle for control and domination, but the prominent characters are the Vargas Dynasty's lead geneticist, Dr. Kirin Vargas, and a mysterious stranger from a long-lost tribe of ancient warriors whose modern knowledge and technology threaten to crumble the very foundations of civilization and bring even the royal family to their knees.

Dr. Rodrigo Silva, AKA Rio, has some dark, mysterious secrets, and none of the Vargas Clan knew the ancient line of black jaguar shapeshifters had survived undetected for thousands of years, guarding their secrets with powerful magic and  developing their telepathic abilities until they rival those of the ancient gods themselves. Ironic, considering they were responsible for his family's curse. And now Kirin dares to ask him for help? Despite her mesmerizing green eyes and fiery red hair, he has no intention of trusting her.

Disease and plague spread as Kirin rushes to reproduce the formula lost by the ancients. Her enemies have their own motivation and goals, and they all need to find the Tree of Life. The battle lines have already been drawn and the jungles are teaming with victims, mutants and killers. Can she trust the tall, sexy Brazilian doctor with his curly black hair and golden eyes to help her find the cure that will save these zombie-like victims, or is he secretly working with her enemies to make yet another fortune with a rival pharmaceutical company? 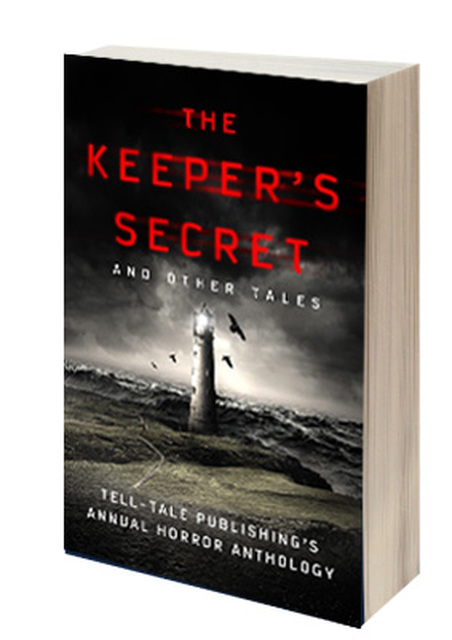 "The Opal Ring" is Elizabeth Alsobrooks' contribution to this Horror story anthology: Upon the death of her mother, Jasmine accompanies her distracted, grief-stricken father to her perverted uncle's hotel in Cairo, Egypt. She takes her mother's job and becomes the magician's assistant and also learns to enhance her father's magic with spells discovered from her mother's Book of Shadows. They carry on, but all is not as it seems. Behind the glitz and glamour the smiling facade is a true illlusion. Jasmine is in danger and needs to escape the gilded cage in which she's imprisoned. Her magic, though strong, is not powerful enough, so she plans to use a talisman she acquires from an antiquities dealer with the help of her one true friend, Ahmed, the hotel's security assistant. The legendary ring of King Solomon will enable her to control a terrifying but powerful jinni. He will boost her father's magic enough to secure a contract in Vegas so they can return to America.  But at what cost?
books, literature, fiction, authors, writing, readers, kindle, paperbacks, nook, young adult, romance, mystery, suspense, thriller, new adult, fantasy, paranormal, action adventure, urban fantasy, science fiction, crime, horror, literature, chick-literature, spiritual, nonfiction