The Vagrant Chronicles
​
Logan Hall is a Vagrant, one of the disenfranchised living beneath the mega city of New Washington. The Vagrants have to hide from the Company who is rounding all of them up and shipping them to newly discovered planets to work in the mines. That’s what happened to Logan’s father. Shayna is one of the privileged. She has a chip, a credit disc and lives in a shiny stainless steel and glass highrise above ground. Shayna is allergic to corn so she is one of the few above ground people who is not stoned on Sopore. Sopore is a drug found in genetically altered corn. It’s in almost all food. The Vagrants know about Sopore and avoid it. These two teens from wildly differing environments meet by accident and fall in love. Logan will stop at nothing to rescue his friend Raj, captured and sent to the moon. Together, he and Shayna will follow his dream of finding his father who was sent to work in the mines of Gliess 67.
MY BFF IS AN ALIEN! 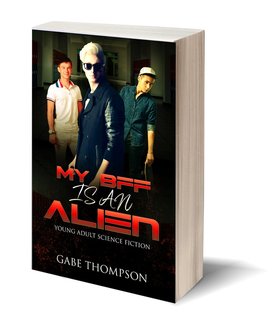 Arthur Rhodes knows he’s different. Severely OCD, he dreams of popularity and Ashley Green, a girl who won’t even look at him. His older brother, Keith, was in the Army. He’s currently at home taking out all his PTSD-induced rage on Arthur. Arthur’s mother is rarely home. She donates all her time to veterans’ organizations. His father, an anally-retentive Major in the Marine Corps, is currently head of security at Ames Research Center. Between his OCD and his family life, Arthur’s only friend is Emilio Luna who has Tourette Syndrome.

Emilio’s symptoms are twitching and inappropriate outbursts. Arthur barely notices his friend’s idiosyncrasies. As a pair, they’ve suffered torture, bullying and ostracizing through every level of school since Arthur’s family moved to the Silicon Valley.

When Arthur’s military father forces him to go camping, Emilio accompanies him. A space pod crashes in the deep woods on Mt. Shasta and the two fifteen-year old boys discover Tonigen Dweezil Emyris, a cryonically preserved young Nysian from the Cygnus system. They take the alien home and defrost him, and that's when their entire lives begin to change.
​ 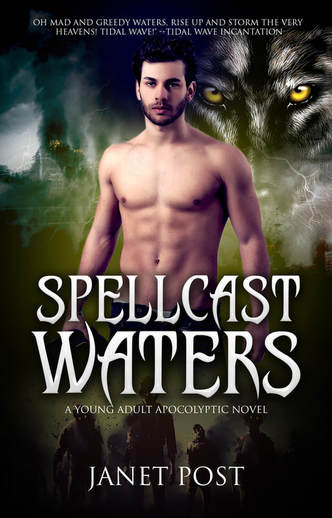 ​A fast-paced young adult novel that will appeal to even reluctant male readers as well as a broad female audience.
​
In a post-apocalyptic world where water covers much of the planet, magic rules, zombies walk and werewolves roam the wilderness.

When Mikey LoPinto is bitten by a werewolf and infected with the werewolf virus, Riko Light and Mikey set out to find a cure. They meet a strange boy named Oz who leads them on a journey threatened by cannibals, witches, demons and zombies.

Oz and Riko find themselves falling in love while the clock runs out on finding a cure for Mikey, and Oz fights off the deadly spell cast by his mother’s Satanic Bible.
PREORDER NOW 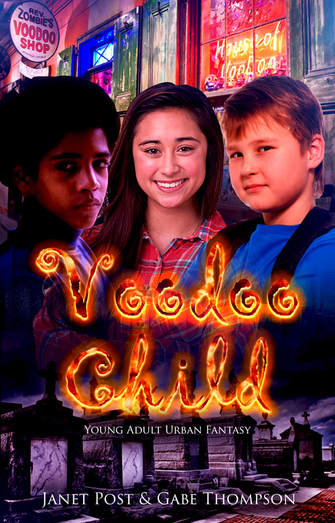 ​Explore the mysteries of New Orleans’ French Quarter during Mardi Gras, through the eyes of three seventh graders as they search to reconnect with their parents and avoid a nasty set of bad guys. Left alone and homeless in Haiti, Jean Benoit is sent state-side by an orphanage to live with foster parents and attend Catholic school as a social outcast.

​His new-found friend Oscar, known as Walmart, is mocked by fellow students as an overweight under-achiever whose mother abandoned him in Wal-Mart. The boys are befriended by Bella, an American Indian, who lives with her adoptive parents. Her birth parents are dead, but they left her a legacy she soon discovers as she begins to shape-shift. Jean receives a gift from his dead father, too. It’s a magic amulet pursued by a voodoo witch named Odette, her brother Bocor, and her son, Natas. Jean has no idea how to use it. He must learn on the fly, on a wild race around New Orleans, on a train to Little Haiti, Miami and back, to the cemetery in the swamp, as the three friends try to find his mother before the black magic users get to her, or them.

​Finally, the long-awaited sequel to Vagrant 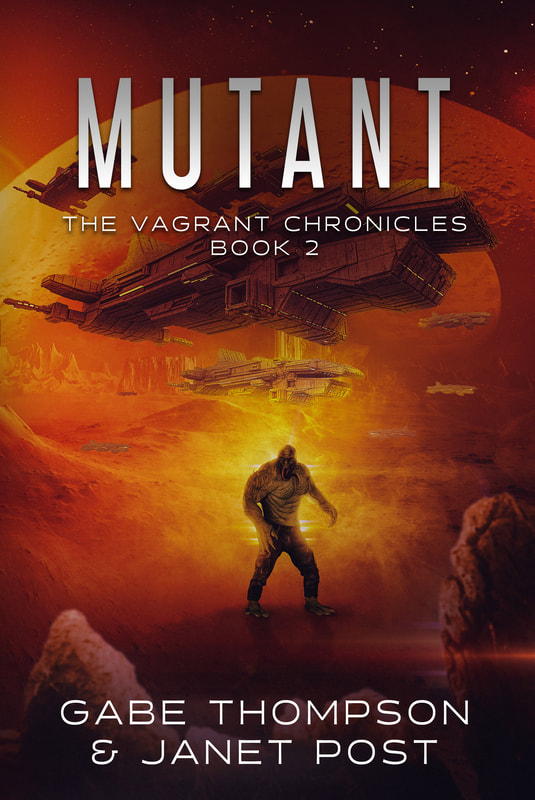