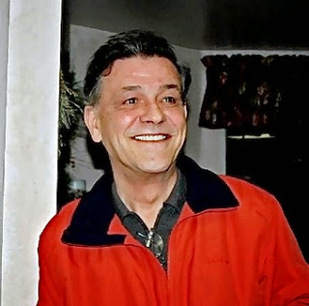 After devoting thirty years to surgery, all of them at universities, I needed a rest and a change. Practicing medicine was gratifying, but it deprived me of life experiences outside hospitals and clinics and operating rooms. Write, my children said, because you’re a great story maker-upper. So I made up stories and published them. The first six were medical fiction, in the thriller or mystery or suspense genre with emphasis on surgeons whose characters are shaped by their profession.The next two, which are yet to be published, are of the literary fiction genre, stories in which I drew on my experiences as not only a surgeon, but as a person from Iran who lived away from home most of his life and who as a youngster suffered the barbs of prejudice. Connect with Jim at his website: http://www.ijsarfeh.com/

From the Ashes of Strife 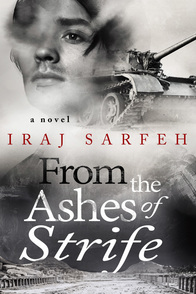 Ten-year-old Sohrab Vessali and his parents escape the violence of Iran’s Islamic Revolution to live in America. As the years pass and anti-Iranian sentiment soars, the bullying and taunting at school leave Sohrab confused and aimless. He becomes alienated from his domineering father, a former general in the Shah’s army determined to initiate a counterrevolution.

​But Sohrab’s wounds of alienation melt away when his father secretly returns to Iran and disappears. Have the mullahs imprisoned or executed him? Sohrab is obsessed to discover his father’s fate, hoping he is still alive so that they can undo the hurts of their turbulent past. He looks to Emily Clarke, an Iranian-born nurse who places her love and faith in him and helps him in the perilous quest.

Praise for From the Ashes of Strife

From the Ashes of Strife by I.J. Sarfeh opens with the explosive events of the Iranian Revolution. As the privileged son of a general in the Shah's army, Sohrab experiences the political tension from the safety of the family home, but when the family emigrates to the USA he enters a different type of struggle - prejudice and bullying. He learns to adapt, but while Sohrab and his mother Shireen enjoy greater liberties in America, his father Rostram pines for the glory days of his illustrious military career. When he decides to return to Iran, the whole family is plunged into a transformation that brings difficult choices and unexpected changes that no one could have foreseen.

To call this book a compelling read is an understatement. The author skillfully and vividly brings a cast of multi-faceted characters to life and explores the way their relations affect and influence each other. We see glimpses of a less privileged Iran filtered through in tales told by the family housekeeper, Ali, who grew up in the slums. But even for Ali, America brings new opportunities. Central to the story is the relationship between Sohrab and Rostram, which is at first plagued by conflict and misunderstanding, but which matures to mutual respect for the courage inherent in the choices of each. From the Ashes of Strife by I.J. Sarfeh lifts the veil on an Iran that lies beyond the seemingly impenetrable wall of religious fundamentalism. It is a requiem for a proud and intelligent society held hostage by fanaticism, but also serves as a reality check on some of the less obvious pitfalls of enjoying too much freedom. 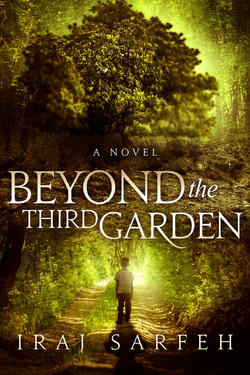 Iran; November, 1950: Ten year-old Reza can’t remember what happened on that fateful night. Without warning, gruesome images of the event flash through his mind. Now living in a Tehran orphanage, he is obsessed with running away from the hell where bullies and physical punishment rule. In another part of the city, Paree Windom, a middle-aged Iranian woman, lives alone, separated from her English husband. She, too, is tormented by recurring images of a horrific incident that happened years before. Seeking relief from anguish, she falls prey to the allure of alcohol.