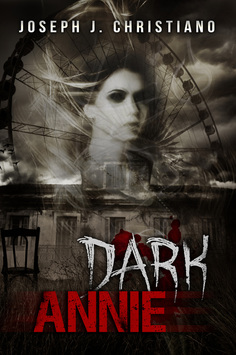 It was a day unlike any other in the town of Deacon’s Landing, Connecticut.  It was the day Kenny Atkins cornered Matty Anderson in the locker room on what turned out to be the final day of classes at Deacon’s Landing Middle School. When the school is destroyed by fire, the teachers speak in hushed tones of “Dark Annie” Carlson, one of their own who vanished mysteriously shortly before the start of the school year.

For nearly three decades the school remains dark and empty. Now the school is rebuilt and ready to accept students once again.  A series of seemingly random events arouses the suspicions of police officer Matthew Anderson.  Cryptic warnings from unrelated accident and assault victims and the return of Anderson’s childhood nemesis bring the legend of Dark Annie back to the forefront.  Anderson confides in two old friends, Brian Murphy and Holly Wayne, and together they must face the secret horror buried beneath the idyllic façade of Deacon’s Landing.   In order to save the town’s children they will be forced to confront the truth, the legend and the terror of Dark Annie. 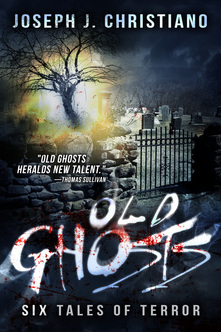 ﻿﻿“Joseph Christiano delivers half a dozen powerful shots dead center with OLD GHOSTS.  From truckers with a shocking rite of “passage” to gamers blurring lines of reality, this sterling collection travels freely on both sides of the line between life and death.  Despite its range, the hard-edged action remains in perfect sync with fully ranged characters.  Christiano controls the pace and the poignancy with consummate skill.  A neat symmetry is achieved with the two stories that bookend the six novellas.  Both are homecomings of a sort, both use a supernatural intervention to bring compelling intrigues full circle. But while “Emet” works on a scale of retribution within the ranks of a German war-time unit trying to find their way back to the Fatherland, the concluding title story “Old Ghosts” works through the perspective of a son returning home for his mother’s funeral.  That effortless flow between macrocosm and microcosm seems to be Christiano’s signature. Definitely a collection to be savored and revisited!”﻿﻿ 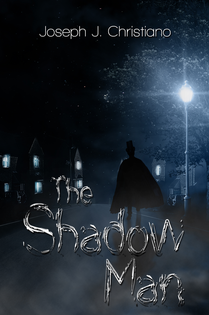 For Nick Wade, life was an endless series of heroin-fuelled highs and lows.  Alienated from most of his remaining family, Nick leads a vagabond existence as one of West Philly’s lost addicts.  When his girlfriend is killed in a car accident, Nick is ordered to Springbrook Healing and Recovery Center.  There he forges an uneasy friendship with his roommate, an alcoholic named John Curran, and meets fellow heroin addict Sarah McCallister.  As Nick struggles with the agony and sickness of withdrawal, he finds no solace even at night, when his dreams are filled with images of blood and murder.
Order Anthology Now! 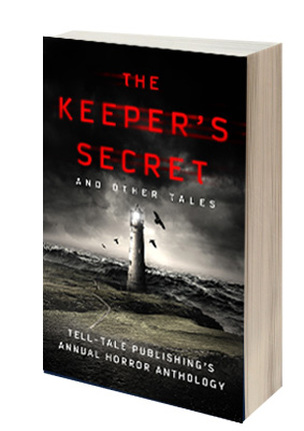 Joe's contribution to the Horror Anthology: Mary-Margaret doesn't have a perfect life. She doesn't have a perfect husband, or a perfect son. Her house, her garden and her job aren't perfect. In fact, some might say she's a pretty boring woman, with a somewhat miserable existence. Most people take her for granted, and those that do notice probably pity her, but not for long. Mary-Margaret isn't the sort of person that holds one's attention for too long. Sometimes her husband looks up from the paper to comment about something, usually something casual, or something critical. Her son usually likes to complain or to cuss. But Mary-Margaret has a plan. She's going to have a perfect day. A day just for herself.
books, literature, fiction, authors, writing, readers, kindle, paperbacks, nook, young adult, romance, mystery, suspense, thriller, new adult, fantasy, paranormal, action adventure, urban fantasy, science fiction, crime, horror, literature, chick-literature, spiritual, nonfiction