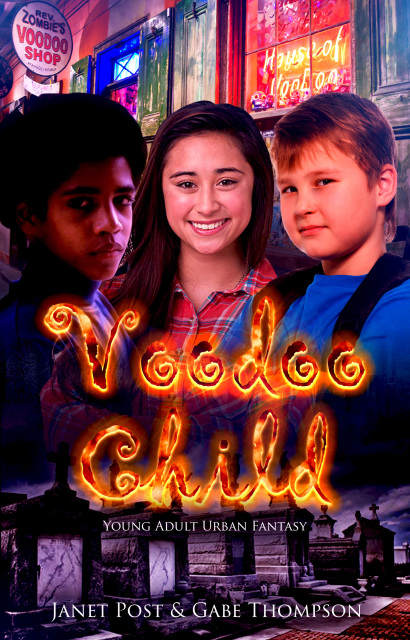 Explore the mysteries of New Orleans’ French Quarter during Mardi Gras, through the eyes of three seventh graders as they search to reconnect with their parents and avoid a nasty set of bad guys. Left alone and homeless in Haiti, Jean Benoit is sent state-side by an orphanage to live with foster parents and attend Catholic school as a social outcast. His new-found friend Oscar, known as Walmart, is mocked by fellow students as an overweight under-achiever whose mother abandoned him in Wal-Mart. The boys are befriended by Bella, an American Indian, who lives with her adoptive parents. Her birth parents are dead, but they left her a legacy she soon discovers as she begins to shape-shift. Jean receives a gift from his dead father, too. It’s a magic amulet pursued by a voodoo witch named Odette, her brother Bocor, and her son, Natas. Jean has no idea how to use it. He must learn on the fly, on a wild race around New Orleans, on a train to Little Haiti, Miami and back, to the cemetery in the swamp, as the three friends try to find his mother before the black magic users get to her, or them.