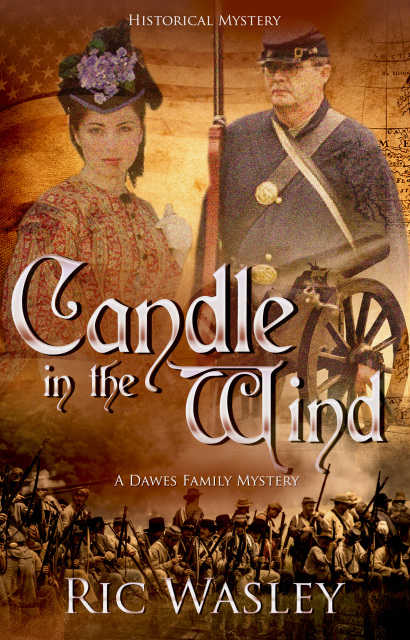 The year is 1863. After two years of battles, the Civil War has evolved into a bloody slaughter with scarcely a town or home on both sides untouched by the tragic loss of its young men. President Abraham Lincoln has just announced the first order of "Draft" in the history of the American Republic.

After Jeptha enlists, Fiona Dawes finds herself working their farm with her five-year-old daughter Bridget on a thin spit of sandy peninsula stretching out into the Atlantic from the rocky coast of Massachusetts.

Like so many women of her time, she struggles to keep the farm running. When her husband is reported missing--presumed dead, Fiona knows in her heart he is still alive. She decides to take her daughter and leave the farm to look for her beloved husband, but something sinister is brewing. Someone means to not only take their land, but see them dead.

From Massachusetts to New York to Gettysburg and through the war torn South, Fiona searches for her husband, making friends and enemies along the way.

Fans of history, mystery, and romance are certain to enjoy, "Candle in the Wind."