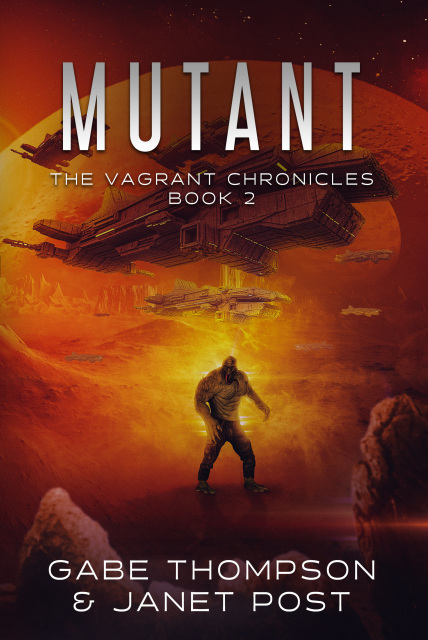 The second book of the Vagrant Chronicles, Mutant, finds Logan Hall married to Shayna and living on Gliese. When Eddie Chou scrounges communication equipment and contacts the Vagrants left on Earth, he discovers there’s a new bad guy in town. A mutant called Drayvon is systematically eradicating all of the Vagrants on Earth.

Eddie, Deklan Hall, Logan Hall, Knock and Fenfang steal a spaceship and return to Earth in a desperate attempt to save their friends and the rest of the Vagrants living in the underworld in an attempt to escape the drug-induced servitude of the company’s regime.