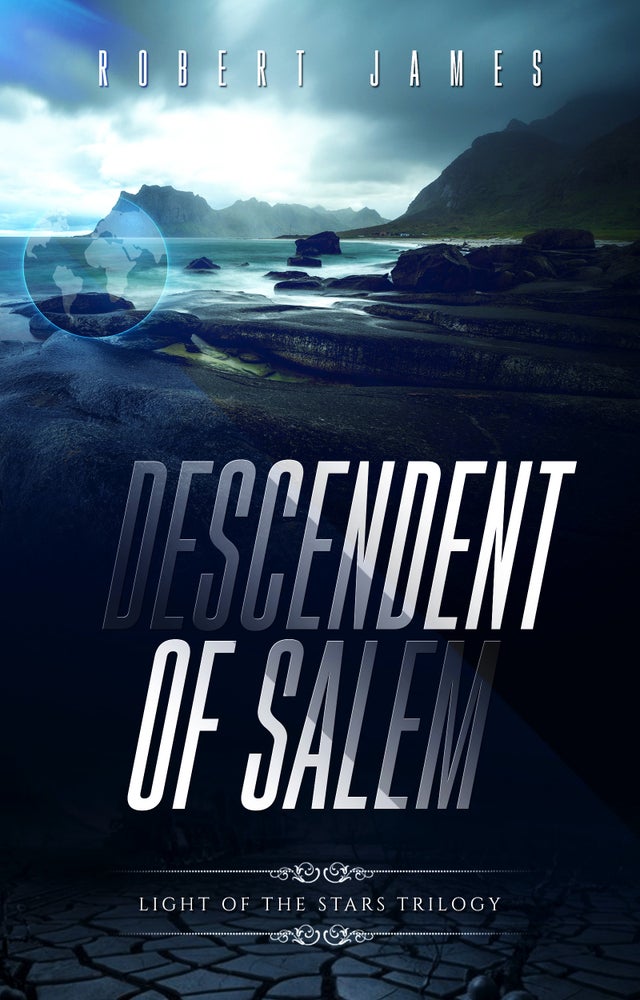 Descendent of Salem by Robert James--PAPERBACK

Dylan would do anything to be reunited with his dead wife. He continues to profess his love for her every night when they make out in the cemetery. Anne just wants to be left alone, to practice her witchcraft, steal orgasms from trespassing teenagers, and live the life of a modern, independently wealthy hermit. Like a fly buzzing around the potato salad at a summer picnic, they’re a perfect match.

When a treasure hunting YouTuber discovers a cave with ancient symbols on the bottom of Lake Huron, their lives collide. It turns out, Anne and Dylan are part of a forgotten race that hold the key to humanity’s future, but their common destiny has an expiration date. They’ll have to uncover ancient secrets, reconcile their feelings for one another, and figure out their powers, before someone – or something – takes them away forever.